Michael is highly respected in family law mediation by both lawyers and clients.

“Michael Maguire is very well regarded within the Family Law community of practitioners. Michael has a great work ethic. He is empathetic and has a very calm, reassuring demeanour.

I believe Michael to be a very skilled mediator and would highly recommend his services to clients and colleagues alike. I have known and worked with Michael for over…”

30 years. We were co-founders of the Toowoomba Community Legal Service (which now functions as The Advocacy and Support Centre) and Michael serves as the President of the Board of Management. I also interacted with Michael professionally when he was in private practice. He was always fair minded and honest in his dealings, and imparted these values to his clients.

Michael is also very knowledgeable about the relevant legal issues in family law disputes. Michael also offers great value for money, in that his charge out rate is extremely competitive.

“I’ve known Michael for 20 years and have a high regard for his expertise in the specialised area of family law mediations.

Importantly, Michael is able to make a connection with my clients – they feel he’s as much invested in reaching an outcome as they are.  Michael brings great experience with the benefit also of…”

a diverse and broad background in the law. He has empathy and is impartial – even in the more difficult mediations.

He has honed the skill of bringing people to a good and safe resolution whilst also focusing on their future. A key role of mediators is to get people to safely compromise, with proper regard to the important issues to them in the context of their individual circumstances – and Michael is able to do this.  His fee structure is premised on providing excellent value to clients in the mediation process.

Importantly, Michael is able to make a connection with my clients – they feel he’s as much invested in reaching an outcome as they are.

“I strongly endorse Michael Maguire as a mediator. Michael is an excellent communicator – he’s able to get to core issues quickly.

He’s also skilled at making emotional issues simple.  I strongly endorse Michael Maguire as a mediator. I’ve known Michael since 1999, and have worked with him…”

in a professional capacity since 2010. Michael is an excellent communicator – he’s able to get to core issues quickly and he’s also skilled at making emotional issues simple. He shows the appropriate amount of empathy, while working hard to achieve a result which helps clients avoid going to court.

I personally recommend Michael as I know he is an experienced and skilled Mediator who works hard to achieve the right outcome for my clients.

“Michael Maguire was a breath of fresh air. Michael is an exceptional communicator. I consider Michael a worthwhile investment to reach the best outcomes for the children post-separation. I’ve already recommended him to others.

Originally, I approached some government funded mediation services for assistance but…”

Read more
it took a week to even speak to someone. I was told the process would take over three months plus require a group session prior to our mediation – I felt this would only exacerbate the situation further.

When i called Private Mediation I was able to reach Michael immediately.  He spent time explaining the process (and I didn’t realise until afterwards that when I first called him he was overseas on a family holiday).

Michael is an exceptional communicator. He was clear about the process and was professional in his communication with both myself, and my ex-partner who has an acquired cognitive impairment which added another layer of complexity to the process.

I was very happy with the mediation process itself. I had a lot of concerns and Michael was able to consider and address all of them. He proactively suggested possible solutions and was able to provide an explanation as to why it would be desirable to put certain practices in place. Similarly he was also able to identify with me when I was being unhelpful by going in to too much detail about certain situations. He at all times provided a balanced perspective, and I know my ex-partner also feels favourably about the outcomes of the process. When my ex-partner became agitated Michael was able to quickly and effectively de-escalate the situation and return the focus to what was in the best interests of the children.

We were able to achieve a mutually favourable outcome. I was also able to raise a few matters for amendment after having thought through a few things, and Michael was able to accommodate these amendments in a revised version which was endorsed by all parties. He also followed up to make sure the process had been satisfactory.

Michael has an exceptional understanding of the family law system and genuinely believes in the benefits of mediation. We had a ‘unique’ situation, with a number of concerns regarding new partners and other half or step siblings. Michael was non-judgemental and able to adjust his communication style to suit everyone.

I consider Michael a worthwhile investment to reach best outcomes for the children post-separation. I’ve already recommended him to others.

“Michael is incredibly empathetic and fair minded. He has a strong ability to understand both sides and great communication skills to get through to people on their own level.

Michael’s background, having worked as a practitioner in family law for many years, is …”

important when working as a mediator as it’s necessary to have a clear understanding of the legislation. If the mediation process has potential to be complicated, you need someone who understands the practicalities – what’s realistic and possible, and Michael has that experience.

I often recommend Michael to my clients in need of mediation.” 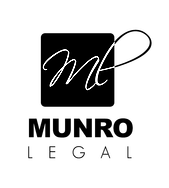 “I can’t speak highly enough of Michael Maguire’s skills as a mediator. He answered all our questions promptly – nothing seemed too much trouble for him.

His approachable, calm and professional manner gave us all confidence going into the mediation. The entire process with Michael was fantastic.  We required a workplace facilitator and mediator for…”

“ our sporting organisation. We had started legal proceedings, but decided we wanted to avoid going down the legal path due to the high cost.

The entire process with Michael was fantastic. Leading up to the mediation, Michael communicated with us several times over the phone and via email, clearly and concisely explaining the process for us.

The mediation itself went really well – Michael spent time with both parties, clarified everything and guided us at the start to ensure we both fully understood everything.  There was no legal jargon and Michael was able to make both parties feel comfortable. When things got a little heated, Michael was able to bring everyone back on track. Without his guidance, I believe we wouldn’t have got anywhere.

Michael also briefed us after the mediation session. I highly recommend Michael, and if our association needs another mediator, we’ll be going straight to him.”

“Michael is nothing short of brilliant and made me feel so comfortable and at ease with the whole situation.”

“I feel very grateful that I found you and cannot fault your professionalism in helping us to reach an amicable resolution. We are on the way to finalising the arrangements, and am sure your help has made the whole process swift.
I will highly recommend your services to anyone requiring Financial Mediation.”

“I am very grateful to the firm that gave me Michael Maguire’s name so thought I should pass that favour on. Michael can assist clients with the full suite of mediation services including child inclusive mediation.
He brings his legal training and his significant client skills to the table flawlessly.”